On 7th September 2016, a team of 20 intrepid rail professionals took part in an 11-day expedition to climb to the summit of Mount Kenya and to raise money for some of the most vulnerable children at the same time.

At a height of 4,985m, the group had to contend with the effects of altitude, including headaches, nausea and exhaustion as well as freezing temperatures. Their attempt to reach the summit was nearly cancelled by winds of 90mph that hit the mountain. However, they died down just in time for their 3am deadline to climb to the top.

Katie Mason, Events Manager from Railway Children, said: “This year we saw some of the toughest conditions ever. But despite a couple of the group suffering from extreme vertigo, they conquered their fears and, as dawn broke, all twenty reached their goal and were rewarded with a sensational sunrise over East Africa.

“The support from our sponsors Worldline has been amazing and to have raised £90,000 is a fantastic achievement for everyone involved. Funds raised from the trip will go directly to children in need in East Africa, India and the UK. From providing shelter, food, and clothing to medical supplies, education and counseling, we will be able to reach and transform the lives of so many more children.

“Children like Ravi, aged just three years old, was found a couple of weeks before tied to a tree in the middle of a forest with burn marks and a broken arm. Thanks to the Mount Kenya trekkers, children like Ravi now have a future.”

(Photo: trekkers visit the children whose lives they are helping to change.) 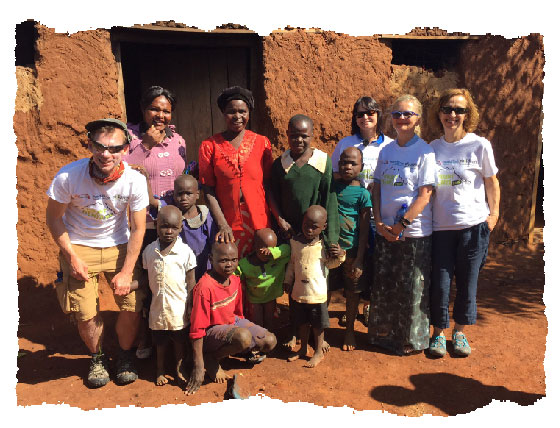