Now in its third year, Rail Rugby 2017 took place once more at Rugby School, the world famous birthplace of the sport, supported by the elite rugby team Wasps. Fresh from their thrilling Premiership final battle with ultimate winners Exeter, Wasps players, coaches and referees were on hand throughout the day, helping players to up their game and learn from the five-time English champions. 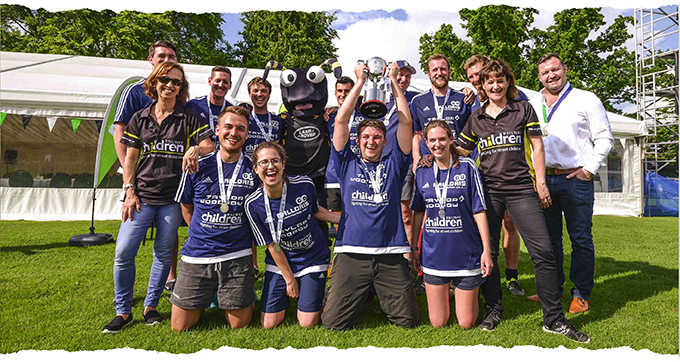 Eleven teams from across the industry came together on Wednesday 31 May, supported by this year’s sponsor ABC Electrification, each hoping to seize the title from last year’s winners Morson International and become the 2017 Rail Industry Touch Rugby Champions. A Q&A session over lunch with former England international winger Paul Sackey also gave the teams a chance to sharpen up their strategy and techniques.

“The tournament this year was buzzing thanks to the amazing support from Wasps and the outstanding enthusiasm and commitment from our rail industry supporters, ensuring a great day and £35,000 raised for vulnerable street children. A big thank you to everyone who contributed to making the event such a success, in particular our tournament sponsor ABC Electrification.”

“The continued success of this charity tournament is a testament to the generosity and integrity of the competitors and volunteers, with everyone involved coming together to raise such a substantial amount of money for what is an outstanding cause.”

Morson International were unable to replicate their excellent form of 2016 and defend their title. Instead, Taylor Woodrow were ultimately triumphant, overcoming some stiff competition and beating VolkerRail in dramatic style in the final. They were presented the trophy by former England international Mark Regan, who was also the guest speaker for the evening’s post-tournament celebrations, with all funds from the event raised in aid of Railway Children’s work helping vulnerable children around the world.

Help us reach more children in danger on the streets