A special train on the North Yorkshire Moors Railway was recently chartered by East Midlands Trains to celebrate the tenth anniversary of its partnership with Railway Children, successfully raising £30,000. 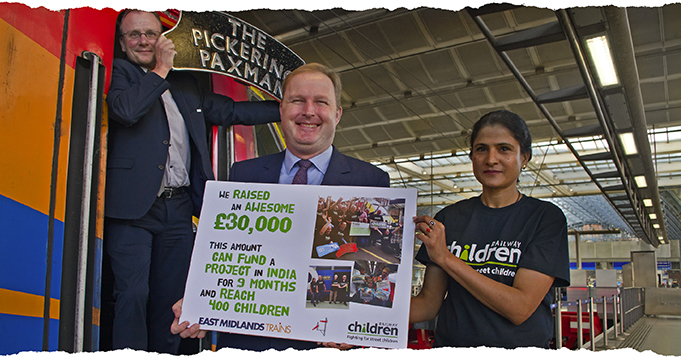 Staff and volunteers from East Midlands Trains, North Yorkshire Moors Railway (NYMR), the 125 Group, Branch Line Society and Railway Children were out in force on Saturday 15 July. The special service ran from Derby via Chesterfield, Sheffield and York on the North Yorkshire Moors Railway (NYMR), from Grosmont to picturesque Pickering and then onward to Whitby. It is believed that this was the first time in Pickering’s history that the iconic High Speed Train has visited the ancient market town.

The route took in stunning scenery across Derbyshire and Yorkshire, where films such as Harry Potter and famous television shows like Heartbeat have been filmed.  Once on the NYMR, there was a special rededication naming ceremony to mark the decade-long relationship between East Midlands Trains and Railway Children. 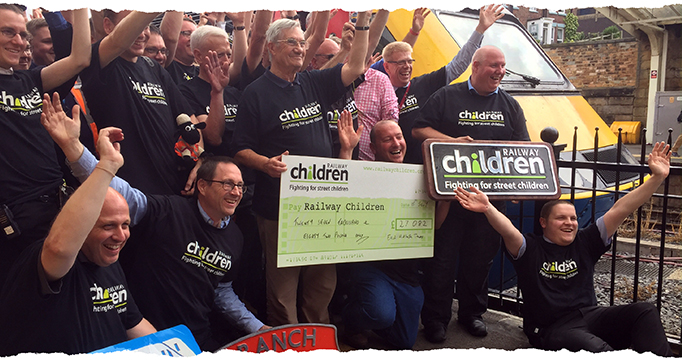 Jake Kelly, Managing Director for East Midlands Trains, said: “Everyone involved had been looking forward to the big day and the opportunity to raise money for such a good cause. All of the prep work we’d put in with our operations partner Direct Rail Services paid off as the day went like clockwork, and the support from the 125 Group, Railway Children and Branch Line Society was fantastic."

“All funds raised through our valuable partnership with East Midlands Trains and their customers will have a very real impact on the lives of vulnerable children in the UK, India and East Africa. Just £5.95 will allow us to feed a child in India three meals a day for a week and £25 would be enough to take a child off the streets in East Africa and get her home safely.”

Chris Price, General Manager of the North Yorkshire Moors Railway, said: “Although we run a wide range of locomotives ourselves, it was an historic occasion to welcome two stunning class 43’s to our heritage line and a unique opportunity for passengers to experience the North York Moors National Park from a special High Speed Train service.”

Donate to help us reach children at risk