Railway Children is excited to announce that we're teaming up with British film legend Bill Nighy to take part in a multi-million pound fundraising day thanks to BGC Partners. 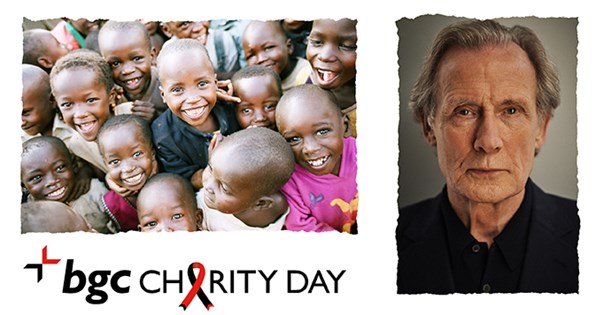 Bill, an award-winning actor of stage and screen best known for his performance in Love Actually, which won him a BAFTA, will take on the new role - that of a broker - for the event on September 11th.

BGC Partners, a leading global brokerage company that services the financial and real estate markets, has been holding its Charity Day every year since the firm lost hundreds of staff in the Twin Tower terror attacks of 9/11. Having resolved since to transform the worst day in their history into the best day of the year, BGC Charity Day is a vibrant event held in BGC's offices around the world, to raise money for good causes.

To date, BGC Charity Day has raised nearly $147 million as, on the day itself, 100 per cent of global revenues raised are donated to the participating charities. And this year, Railway Children has been invited to become one of them and Bill Nighy has agreed to act as our charity ambassador! He'll be answering the phones, making deals and working the trading floor like a real life Gordon Gekko with the help of BGC brokers, every one of which also donates their fee to the charities on the day.

For more information about the BGC Charity Day watch the video below.

Each anniversary of 9/11 is a poignant occasion for BGT Partners. Charity Day is their way of turning a tragic day into one that is positive and uplifting by helping others.