Railway Children has been able to reach and protect hundreds of children in Tanzania who faced chaos and trauma due to coronavirus, thanks to an emergency grant from UK Aid Direct. The grant of £177,044 from the UK government has meant we could support children in Tanzania at the peak of the pandemic, and in the wake of the crisis. Ours is one of 33 projects across 16 countries to be given the financial boost in response to the devastation the pandemic has caused around the world, and particularly with vulnerable children and communities. It will allow us to protect more children across the country and mitigate the impacts the virus will have on the future of those we support.

Many of them faced increased challenges when the virus hit Tanzania, after a widely shared social media image of a child sleeping on the streets triggered a drastic response from the Tanzanian government. They began a series of round ups, to gather up children on the streets and keep them safe from the virus. But the children didn’t understand the intention and ran, often hiding from the police, injuring themselves in the process, or becoming separated from local communities. 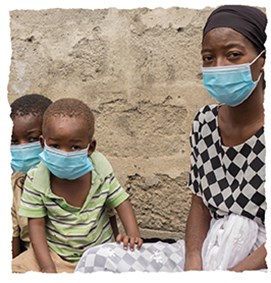 We are working to identify these children, as well as those now housed in temporary shelters, find them safe places to stay and where possible reunite them with families. We are also working hard to protect those children still living on the streets, often in places where they have limited access to clean water and sanitation, and where they sleep in close groups for safety with no option for social distancing.

1) Setting up washing stations where children and youth living on the streets can come to get clean, in all six cities we operate in.

2) Education children and young people on the dangers of coronavirus as well as advice on how to protect themselves from infection.

3) Raising awareness of the virus throughout the communities where these young people live and work.

4) Working with the authorities to relocate children from the streets in ways that benefit them more than the forced round ups.

Click here to read about the difference our work has made to Elias, made possible by funds from UK Aid Direct.

This project was funded with UK aid from the UK government