Jamal* lived at home with his parents in a violent and difficult family situation.

They struggled to find enough money, often went to bed hungry and his dad resorted to angry outbursts and abuse when things got too much for him. Having been beaten himself and seeing his dad take his frustration out on his mum and siblings eventually Jamal ran away to live on the streets of Mwanza aged 11.

He soon realised that life on the streets was far worse.

He was attacked by older boys who demanded money from him. As he had none, they took his shirt, but another child he met told him how lucky he’d been – often he would have been raped if he had not got the money. Realising the terrible danger he was in, Jamal went with some of the other children to our drop in centre where he talked to our team. It was clear he wanted to go back home and back to school but he was scared of his father and thought he would be even more angry with Jamal for running away. 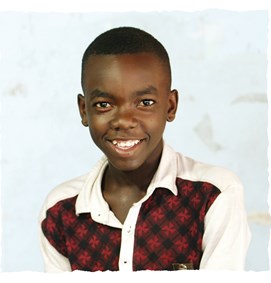 Our teams made sure Jamal had a safe place to stay in one of our shelters while we made contact with his family. We found the situation just as Jamal had described and immediately started working to improve life for the whole family. We carried out therapy sessions with Jamal’s dad and helped him control his temper and learn better, calmer ways to communicate and deal with difficult times.

He soon realized that violence was not a good solution and was pleased to see the positive changes in his family when he changed his behaviour too. We enrolled Jamal’s mum into a business course so that she could help support the family and delivered food parcels until their joint income had improved enough to feed the family properly. We bought Jamal the books and uniform necessary to enroll back at school and soon he was happy to be settled back into the family home.

A new future for the whole family

We have followed up with Jamal and his family since and found a completely different, happy family unit. There is no more violence and anger, there is enough food for everyone and the parents have even managed to save enough money to build an extra room in the house so that everyone has their own space and is more comfortable. All the children are happy in school, working hard, and their dad attends parent’s meetings and plays an active, supportive role in their lives – a complete change from when we met Jamal on the streets, terrified of going home to his violent father. 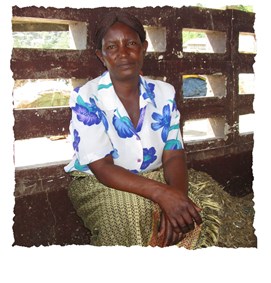 On a recent follow up visit Jamal’s mother said: “I have learned to manage my emotions, especially when I am angry. Just recently I had a misunderstanding with my husband we managed to listen to each other and resolved the issue positively.

Our children no longer witness us parents fighting, our family relationships have all improved, and our children are closer and more open with us.

Our programme manager Mary Gatama said: “It is a very different household to the one we first visited. Both Jamal’s parents are feeling really positive and have learnt to deal with their conflicts in a calm and constructive way through the therapy sessions provided. We are so proud of the progress this whole family has made."

Thanks to your donations they have a brighter future ahead and will continue to grow and thrive together.