Help change a child’s life with a regular gift today

The choices you make can ensure that children in Tanzania do have options and opportunities – you can choose to give them a future they deserve by committing to a regular, monthly donation. Our regular donors are the lifeblood of our charity – knowing what money we have coming in helps us plan the projects we need and work more efficiently to reach as many vulnerable children as possible. 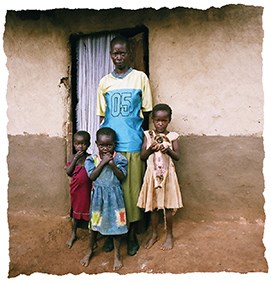 Thanks to the support of people like you we’ll be able to keep these vulnerable children, families and whole communities safe from harm for the long-term by providing:

A chance of a future for Shukrani 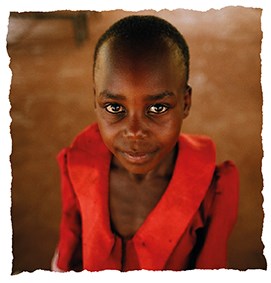 Shukrani lost her father when she was just five leaving her mother struggling to provide for the family. Desperate and hungry she took to the streets at 14. She had no choice but to earn money through prostitution. At 15 she found herself pregnant and was forced to marry an older, abusive man. He often made her and her baby sleep outside with no food and no covers.

Eventually Shukrani escaped from him, deciding instead to take her chances back on the streets. But this was even worse and one night she was beaten so badly she ended up in hospital for three days. Luckily, that’s when we met her.

Our teams enrolled Shukrani with our youth association, helped her access training and counselling, and gave her a grant to set up her own small business. Now she supports herself and her children, pays her own rent and has saved enough to buy some land to build a house. Now Shukrani has choices and a safe future for her family.

However you choose to support us, your money will be spent where it is needed most by our projects in East Africa, India and the UK.